A mere 13 miles long and four miles wide, Amelia Island is filled with culture and history from Fort Clinch down to American Beach.

On the northeastern end of Amelia Island lies historic Fort Clinch. Here, you can step back in time to 1864 and watch a reenactment of life during the Civil War. A Florida state park, the many rooms and grounds of the fort have been well-preserved, showcasing how the soldiers lived and worked during the war. Today, visitors can enjoy the beautiful biking and walking paths, campgrounds, and beaches, which is known as a great location for fishing.

The Amelia Island Museum of History and the Fernandina Beach Shrimping Museum seek to preserve our heritage for future generations. Known as the birthplace of the modern shrimping industry and the Isle of Eight Flags, Amelia Island celebrates its heritage each May with the Isle of Eight Flags Festival, which welcomes more than 100,000 visitors each year.

The arts are a thriving part of Amelia Island’s appeal, with artists of every kind calling Amelia Island home. The island’s natural beauty inspires painters, writers, and musicians. Amelia Island is home to two community theaters – the Amelia Island Community Theater and the Amelia Musical Playhouse, where you can take in a play or give your acting chops a try. Stroll the Artrageous Artwalk and enjoy the various art created by local talent. Meander through Downtown Fernandina, where you’ll hear the sweet sounds of local musicians.

Amelia Islanders love a good time and host festivals and events throughout the year. We ring in each new year with the New Year’s Eve Shrimp Drop and wrap up each year with Dickens on Centre, where residents transform Centre Street into a scene from the great Dickens classic, “A Christmas Carol.”

Contact us to learn more about Amelia Island commercial and residential real estate. 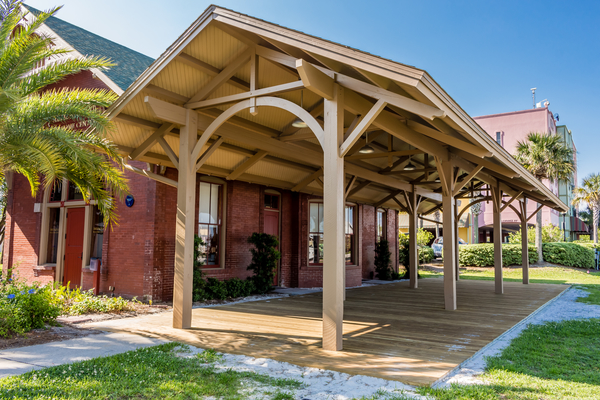